Two fundamentally different types of reed-beds have been developed and used for the treatment of polluting waste water effluents over the last 28 years or so:

Whilst not effective in reducing ammonia they will almost always reduce BOD (Biochemical Oxygen Demand), SS (Suspended Solids), and total nitrogen levels. These systems play an invaluable role in tertiary treatment and the polishing of effluents, and as a safeguard against shock loadings.

A typical application would be to treat the discharge from a package sewage treatment plant which is unable to meet the discharge consent standard required on its own.

We use constructed wetland systems for primary and secondary treatment of sewage and stronger wastewaters. They have a particular role in the nitrification of effluents – the removal of ammonia.

We have specialised in the use of vertical flow reed-beds for more than 28 years. They take up less space, are highly effective and easy to maintain. 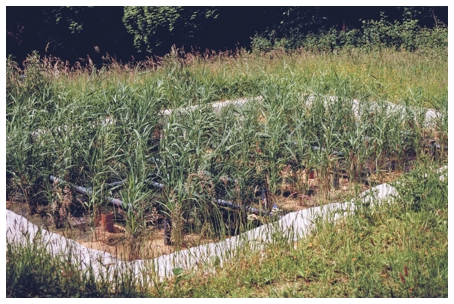 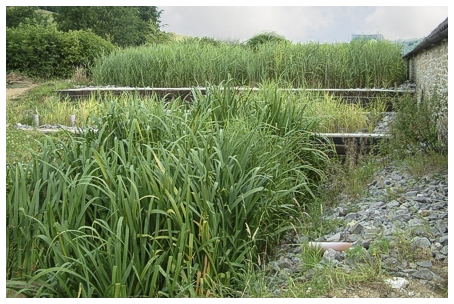 For the treatment of strong effluents and where space is limited Forced Bed Aeration (FBA™) technology significantly increases the performance of both vertical flow reed-beds and horizontal flow reed-beds. Developed in the USA by Naturally Wallace this highly effective technology has been in use for more than 18 years. Through our licence agreement with ARM Ltd we have access to a large body of information and expertise in the application of this technology that has been built up over that time.

Multi-stage reed-bed systems, incorporating one or two stages of vertical flow followed by one or more stages of horizontal flow, or large single stage vertical flow reed-beds, when properly designed, are used, for example, for the full treatment of domestic sewage – black and grey water – and sludge, if required.

CRESS WATER SOLUTIONS’ reed-bed systems can be designed to accommodate virtually any situation – from flat sites to steep rocky slopes.  On sloping sites gravity can be used, whilst on flat sites one or two pumping stages may be required, to move the effluent through the reed-beds.

Reed-bed systems do not require a lot of space.  Our most effective “combination reed-bed systems”, usually sized at 2.5 – 4.0 sq.m. per person equivalent for sewage treatment, have a remarkably small footprint.